A senior councillor who plays a key role in promoting Ashford’s vibrant and successful town centre has been invited to join a national panel of experts tasked by the Government with advising on the future of High Streets. 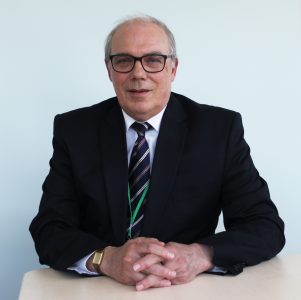 Cllr Graham Galpin, who is the portfolio holder for the town centre and also for corporate property, joins a panel of experts appointed to diagnose issues that currently affect the health of our high streets and advise on the best practical measures to help them thrive now and in the future.

The initiative has been announced today (16 July) by High Streets Minister Jake Berry MP. The minister praised Ashford’s innovative approach to boosting the town centre during his visit to the Kent town in May. He spent a morning with Cllr Galpin touring the town centre and meeting local businesses and retailers.

Chaired by Sir John Timpson, Chairman of retailer Timpson, the panel will focus on what consumers and local communities want from their high streets. It will look at the current challenges and work out options to ensure town centres remain vibrant.

The panel of experts have a wealth of experience and include representatives from the retail, property and design sectors.

Graham Galpin has been a councillor in Ashford since 2011 and a Cabinet member since 2013. He has had responsibility for the town centre’s economic vitality for almost all of that time and was part of the town’s Portas Pilot team.

He sits on the Ashford Strategic Delivery Board responsible for delivering large scale capital projects and its Economic Regeneration Investment Board, which examines potential corporate investment in capital real estate. Before retiring, his company provided economic development advice to the Government and local authorities across the UK. He is also a past chairman of Kent Invicta Chamber of Commerce.

“I’m honoured to be invited to join such an illustrious panel of retail experts. When we met the Minister in Ashford he was keen to learn how the town – led by the council – is revitalising its High Street, increasing footfall and is investing in new leisure and more attractive retail facilities.”

“High streets and small businesses are the backbone of our economy and we want to see them thrive now and in the future.

“People care about their local high streets because they are the centres of their community. But our High streets are changing, and the Government is committed to helping communities adapt. High streets of the future will still be commercial centres but consumers now look for a wider range of experiences, from leisure to health services. Our future high streets may well feature more homes, childcare centres and gyms to bring people back and ensure that they keep returning.”

“Throughout my career, high streets and city centres have changed to fulfill the needs of society, but the recent shift towards more out of town and online shopping threatens the future of high streets. The panel cannot offer an instant, quick fix, solution but we hope to identify practical and common sense decisions that will help the Government provide the support that communities need to provide the leisure and shopping facilities people will want 25 years from now.”

Later this summer the expert panel will put out a call for evidence seeking what members of the public and young people in particular want from the high streets of the future.

The awards celebrate the best high streets and will champion ‘Rising Stars’ – the most ambitious high streets which are taking a lead and working together to revive and diversify. The shortlist will be announced in September and the winners announced in November.

In addition to Ashford’s Cllr Galpin, the members of the Expert Advisory Panel on High Streets includes:

Chairman of Timpson, the UK retail service chain with over 2,000 shops.

Vidhya Alakeson is Chief Executive of Power to Change, the independent trust dedicated to supporting community businesses to create better places across England. Vidhya was formerly Deputy CEO at the independent think-tank, the Resolution Foundation.

Gi Fernando is an engineer, social impact entrepreneur and investor, who founded Freeformers in 2012. Freeformers is a workforce technology and transformation company.

NewRiver is a property investor, asset manager and developer specialising in the UK retail and leisure sector. Emma MacKenzie is a member of the Executive Committee sits on the NewRiver REIT (UK) Limited Board and is principally responsible for NewRiver’s Scotland and Northern Ireland Portfolio which includes acquisition, asset management, development and disposal.

Eric Reynolds established and ran some of the most significant regeneration projects in London since the early 1970’s including Camden Lock Market, Merton Abbey Mills, Spitalfields Market, Gabriels’ Wharf, Bishopsgate Goodsyard and Trinity Buoy Wharf. He won the Regeneration & Renewal “Lifetime Achievement Award” for Regeneration in 2012.

Stephen Robertson has spent most of his working life in retailing, including roles at B&Q and Screwfix, before becoming Director General of the British Retail Consortium. He is now a non-executive director of a number of companies including Hargreaves Lansdown plc. and Timpson Group.

Sophia de Sousa is Chief Executive at The Glass-House Community Led Design, a national charity that supports communities, organisations and networks to work collaboratively on the design of buildings, open spaces, homes and neighbourhoods. 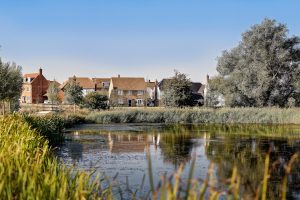 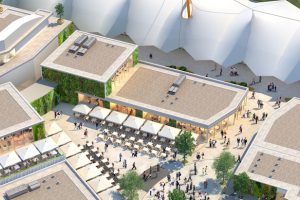 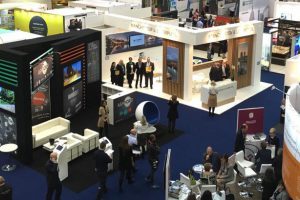